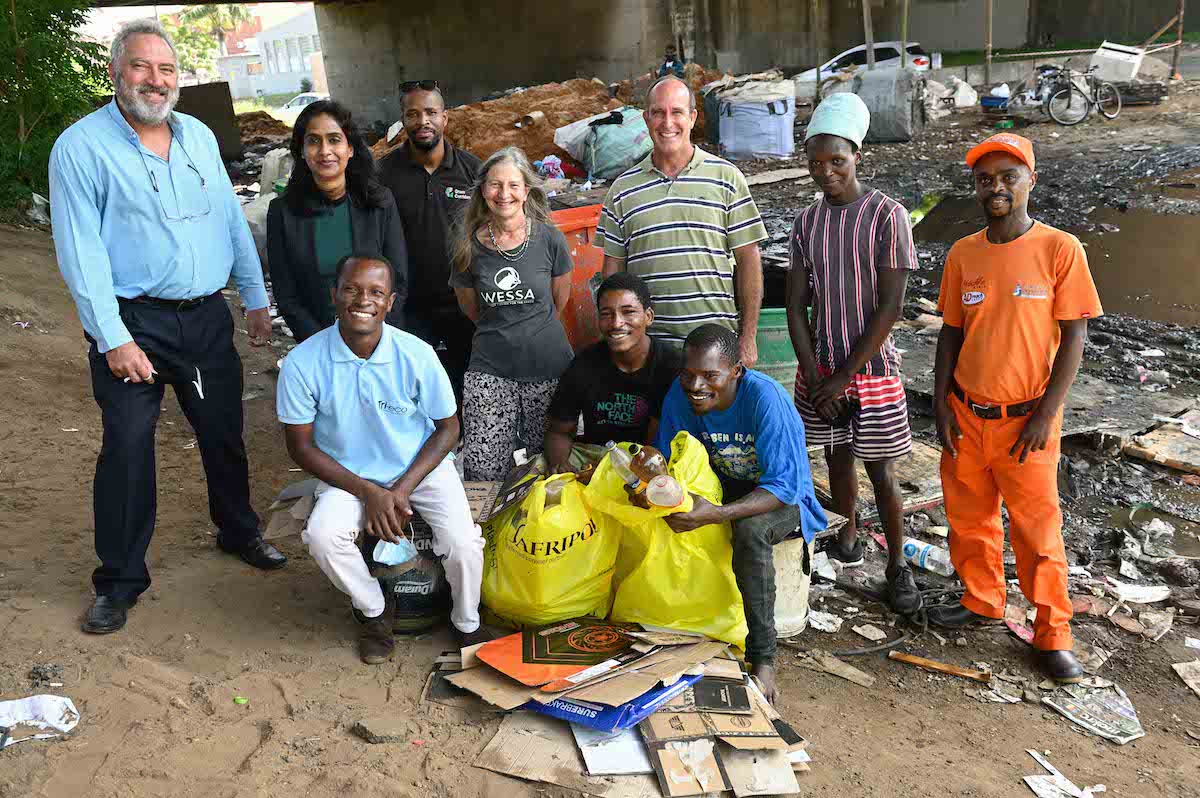 In a combination of passion for the environment, a drive for economic opportunities, and the need for people to make a living, a number of civil society organisations, government structures, businesses and informal waste pickers are working together to do clean-ups, recycle and repurpose waste material that benefits all, in what promises to be a workable prototype for the City of Durban.

For several years, informal waste pickers, known as the Roadhouse Crescent Recyclers, which now number 24 people, have been working in and around Durban North and North Coast Road collecting paper and cardboard waste. They eventually began to assemble under the Connaught Bridge over the Umgeni River near the Bird Park. Here they sought a safe and shaded space to be able to sort, pack, and then await commercial paper recyclers to collect.

Alongside their efforts to eke out a living, came the unwanted dumping of potentially recyclable waste as residents and businesses in the area erroneously believed they were either supporting the recyclers, contributing to the recycling or that it was a legal waste site.  But in fact, these “contributions” merely turned the site into an illegal dumping ground and eyesore for ratepayers, and the pickers were the target of the local community’s frustration. 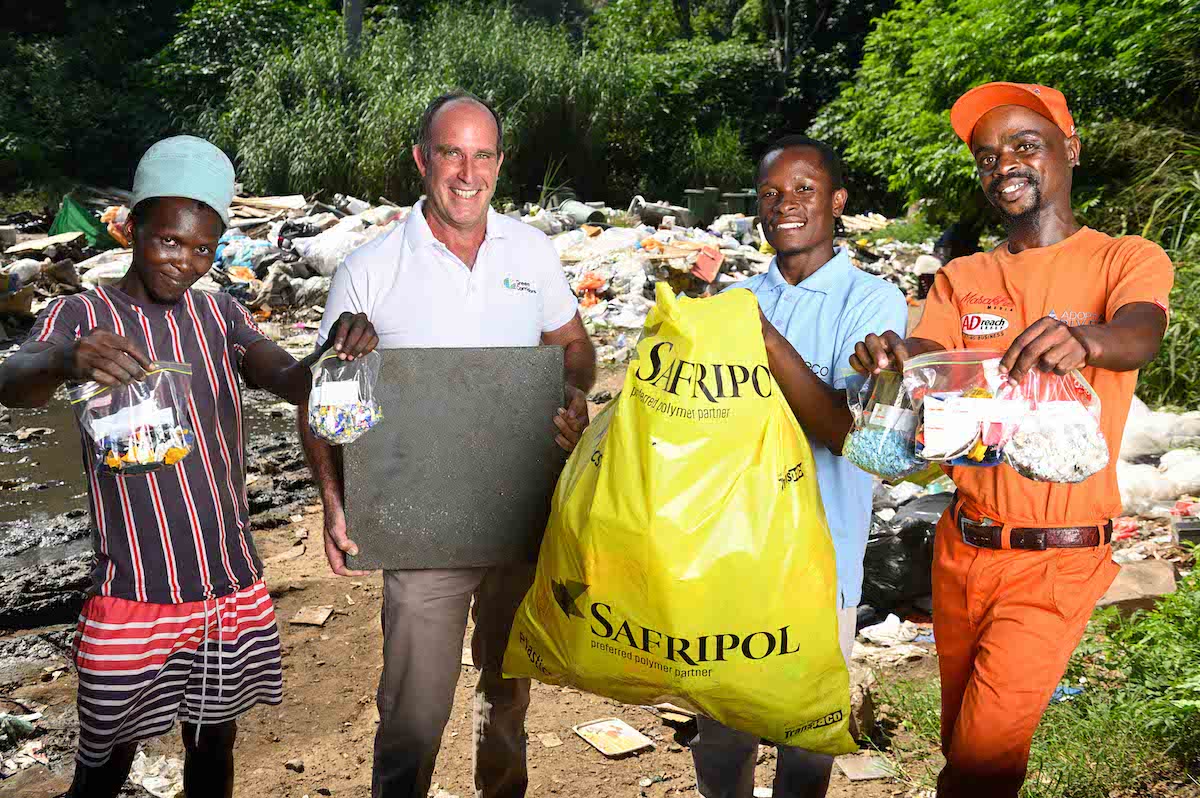 In stepped a number of concerned organisations, one of them being Green Corridors, with a vision to provide solutions and support that could benefit all. A local area co-ordinator, Musa Shange, supports this collaboration and works with the various stakeholders. Siphiwe Rakgabale, Green Corridors’ litter-boom and clean up coordinator, who has also worked with waste collectors around Durban, and who has known the Roadhouse recyclers for some time, and Jonathan Welch, technical consultant and project manager of the Green Corridors KwaMashu Materials Beneficiation Centre (KMBC) provide technical support for this complex “eco-system”.

They work with the Green Corridors’ Green Spaces teams along with vital knowledge and implementation partners such as Adopt-a-River, WESSA, and Umgeni Estuary Conservancy (under which the site falls), who together supervise 10 enviro champs under DUCT’s Amanzi Eyethu Nobuntu programme, the eThekwini Municipality’s Solid Waste and its Parks Department, the local ward Councillor Shontel De Boer, concerned individuals and businesses along with sponsors such as SAPRIPOL and PETCO to clean up and remove waste from green spaces, and waterways. This waste is sorted and is then goes to recycling and repurposing projects such as its own KwaMashu Materials Beneficiation Centre, the NPO’s pilot programme which is working towards creating products from plastic waste that can be monetized.

Recently, with generous assistance from locally-based business Logtrans, the area under the bridge was levelled off, the illegally dumped waste removed, the area fenced off to ensure control of the site, and a security guard assigned to the area. Green Corridors has sourced funding for a container to use as an admin space for the site. Already discussions are on the way to set up a paper baler that will help the local recyclers to bale their daily collections for sale to commercial recyclers.

Green Corridors already has several programmes in informal settlements with its litterbooms on tributaries into main waterways trapping waste, which is collected, sorted, and transported to its materials beneficiation centre for repurposing.

“The Connaught Bridge collaboration is a work in progress, and going forward we hope to also have exciting solutions for the use of the plastics which would not usually be recycled because they are either too dirty or contaminated,” says Jonathan Welch. “By doing this, we create more value for these materials, which then supports a smaller informal economy, such as that of waste collectors.”

Around 300 people are currently being trained and deployed, under DUCT’s catchment-wide Amanzi Ethu Nobuntu programme, under supervision by organisations like Green Corridors and Adopt-a-River, to monitor river water quality and ensure cleanups take place regularly and the waterways and banks are cleared of alien invasive plants such as water hyacinth and waste.

“Our ultimate aim is to support these recyclers to establish a viable formal cooperative they can lead and operate, providing a key link in value chains that re-use waste materials and build a sustainable circular economy,” says Musa Shange.

Green Corridors is a social-purpose and impact-focused organisation that aims to see communities thrive in balance with the habitats around them.